Written on June 6, 2017 by Anna Varney in The arts Travel with 0 comments

A belated gift to my best girl friend Deb was taking her for a night of decadent fun in NYC. In our 21 years of friendship. we had never taken this trip together.  After a few hours of catching up on Amtrak, we ended up experiencing a MoMA exhibit on Robert Rauschenberg, eating several good meals, and exploring Battery Park and parts of midtown.

Head to the Old New York

I love the Wall Street area for many reasons.  It has history, good tourist destinations, views of the Statue of Liberty, and quaint walkable streets. It also has the 9/11 Memorial, which every American should visit. But I digress.

We stayed at Club Quarters Wall Street, had brunch at Beaubourg Brasserie, which is bougie in a nice way, and has great views of the water.  We also enjoyed our charming Irish waitress. One thing I love about my hometown is the people who emigrate here to make all their dreams come true. Often, they have a better sense of what is best about America- but I digress.

van Gogh and Other Friends

I am a bit of an art enthusiast.  Deb is less so but I think art has to be part of any NYC weekend and she deferred to my advice here.

New York’s art scene, both the visual and performing arts, is one of my favorite things about the city. I loved taking the train from the Bronx to Manhattan to check out shows when I was growing up. It is still a thrill.

The Museum of Modern Art possesses some of the world’s greatest works of art. Picasso’s Les Demoiselles d’Avignon, Monet’s Waterlies, and the most sublime of van Gogh’s works, The Starry Night, are three favorites. Exploring the fifth floor galleries is like walking among diamonds.

But the museum’s exhibits give a person reason to pause, reflect, and react. Robert Rauschenberg: Among Friends, is a large exhibition of 250 works. I didn’t know the artist very well before attending this exhibit, but I was impressed by the breadth and depth of his work. He collaborated with numerous artists and groups, including dance troupes.

I love this one of his future wife and fellow artist, Sue (Susan Weil).  The exposed blueprint manages to be both realistic and fairy-like. 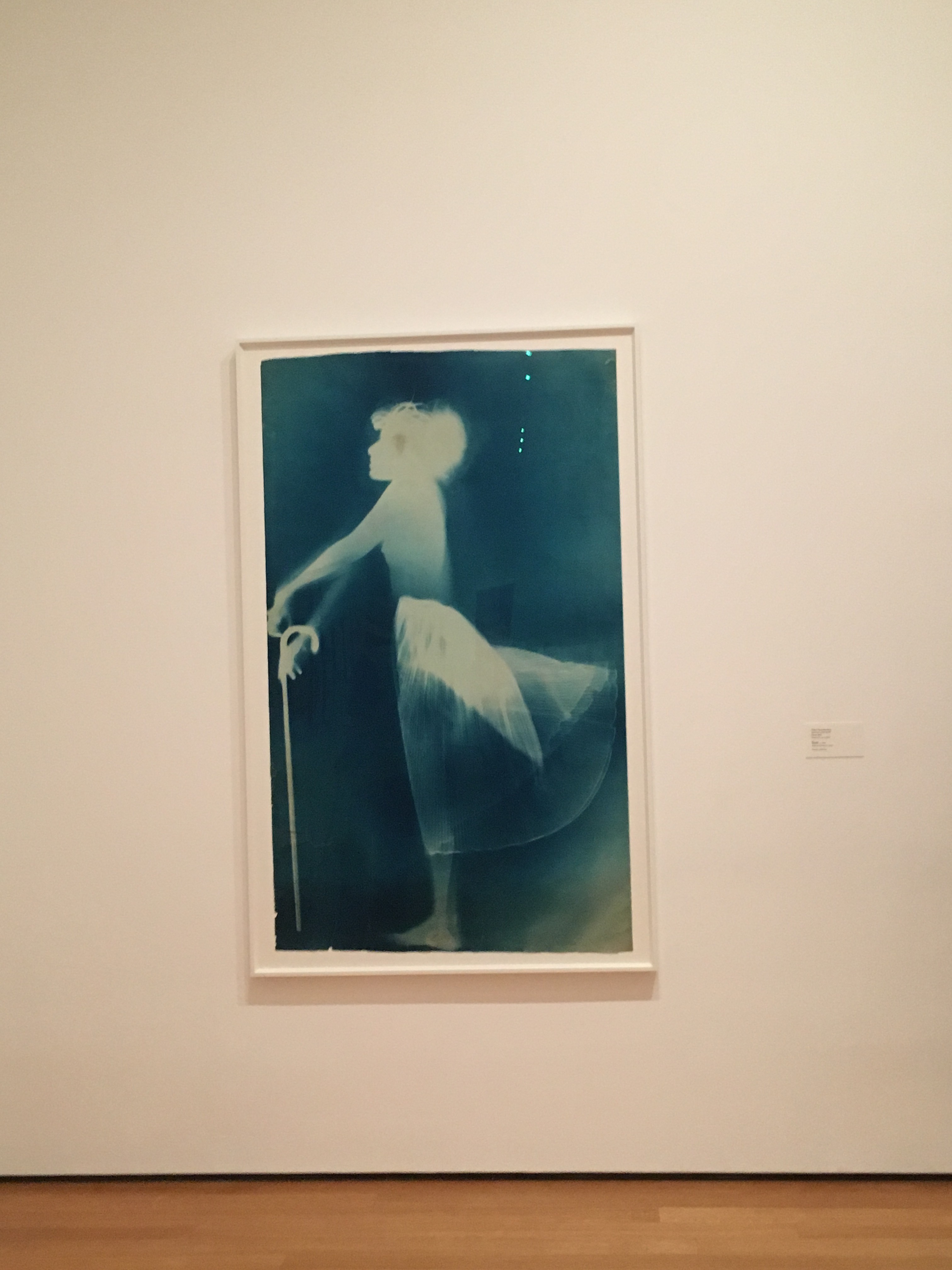 Robert Rauschenberg used many textures and experimented with every day objects.  He also did a number of John F. Kennedy related works of art, including Retroactive 1:

Anything with JFK moves me inexplicably- all that lost promise. This artwork reminds of some of his achievements, including the space race. I also love the silkscreen technique Rauschenberg uses.  He seems to prefigure people like Warhol, while somehow being authentic and arty.

I also learned that Robert Rauschenberg rightly believed in the power of art to make positive change. He started the Rauschenberg Overseas Culture Interchange (ROCI). The MoMA exhibit ends with several posters from that era.

Collaboration, invention, and openness all seem like hallmarks of Rauschenberg’s work, and I’m happy to have discovered how much there is to learn about this artist.

La Sirena is Mario Batali and Joe Bastianich’s lastest restaurant, located at the Maritime Hotel.  It is a stylish place on the inside and outside, though, on a beautiful June night we opted to eat al fresco.

We tried the Sicilian tasting menu- I trust these two Italians with the culinary history of Sicily.

I fell in love with the second course, panelle and ricotta, which is a chickpea fritter covered in  caperberries and a ramp vinaigrette. It felt like Spring melting in my mouth.

Deb loved her tuna crude, which, due to my allergies I can’t have. The substitution however was like heaven! Burrata with green tomatoes, yellow squash, radish, pickled chili, and mint.  The creaminess coupled with crunch texture and cooled off spice made it a light but complex dish. 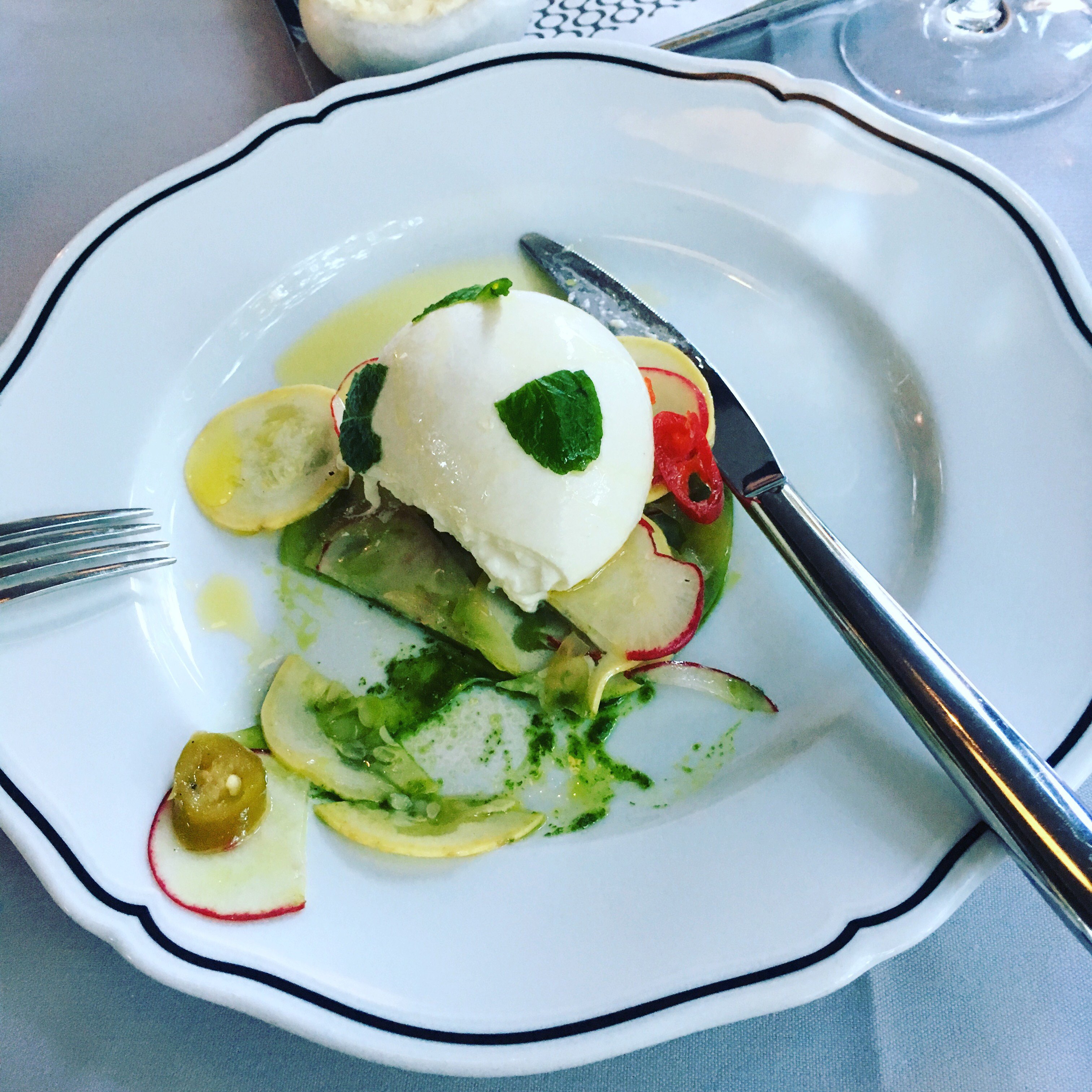 While I wasn’t a huge fan of the dessert (Campari reduction is not a flavor I like), the overall experience was very good and the staff are hospitable and friendly.

Deb looks great with her birthday candle too: 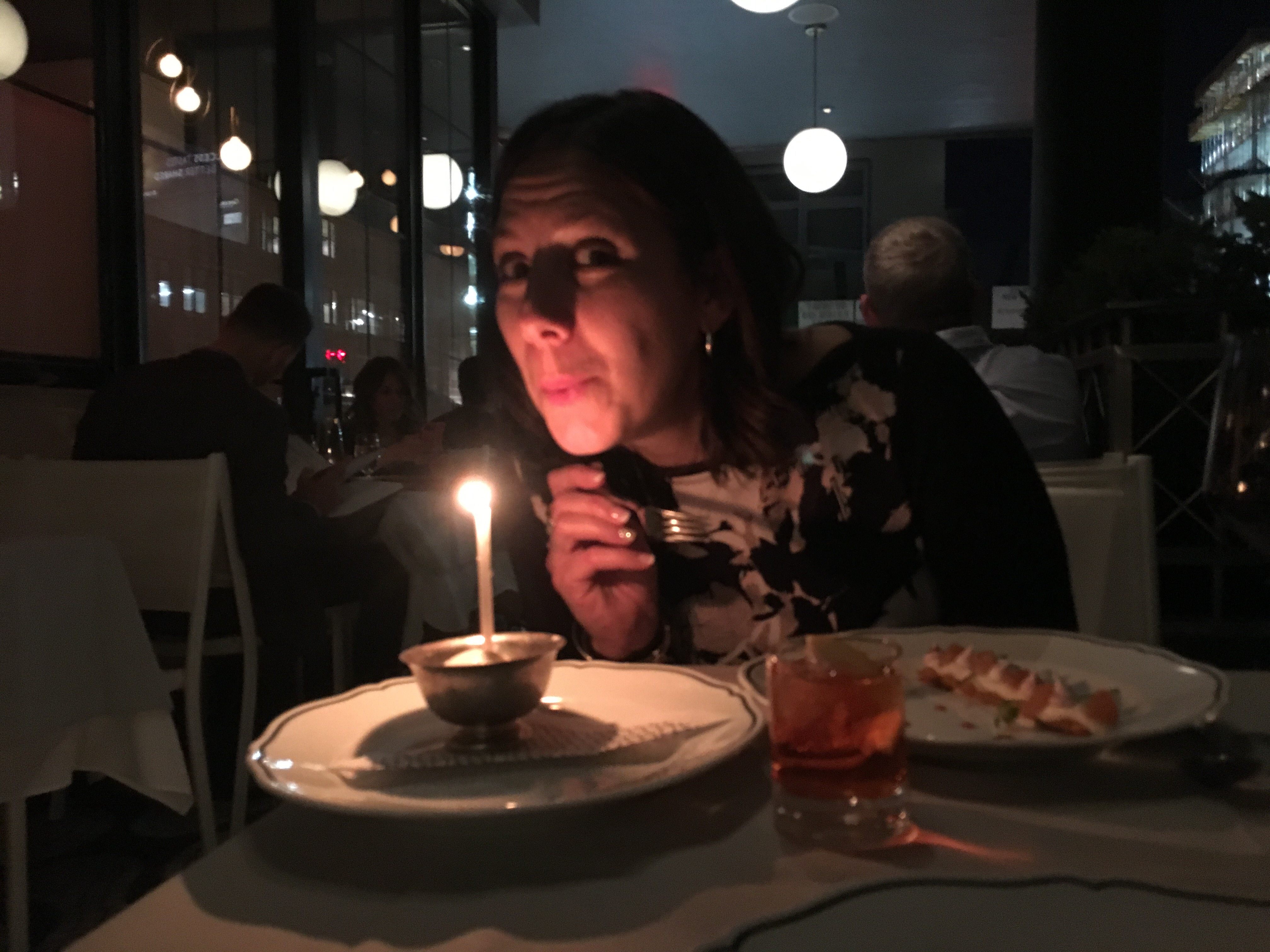 Like an amazing view?  We were introduced to The Crown at 50 Bowery and it was heavenly. You feel like you can see all the wonder and architecture of Manhattan from atop a floating perch.

Like a quirky shop?  Bowne Printers at 209 Water Street is a delight in the heart of the South Street Seaport (which will rise up from the wake of Hurricane Sandy better than ever).  I was tickled pink by the notebooks, pencils, artwork, printing presses, and ephemera. Plus, I like any store that carries a book about Walt Whitman for children. 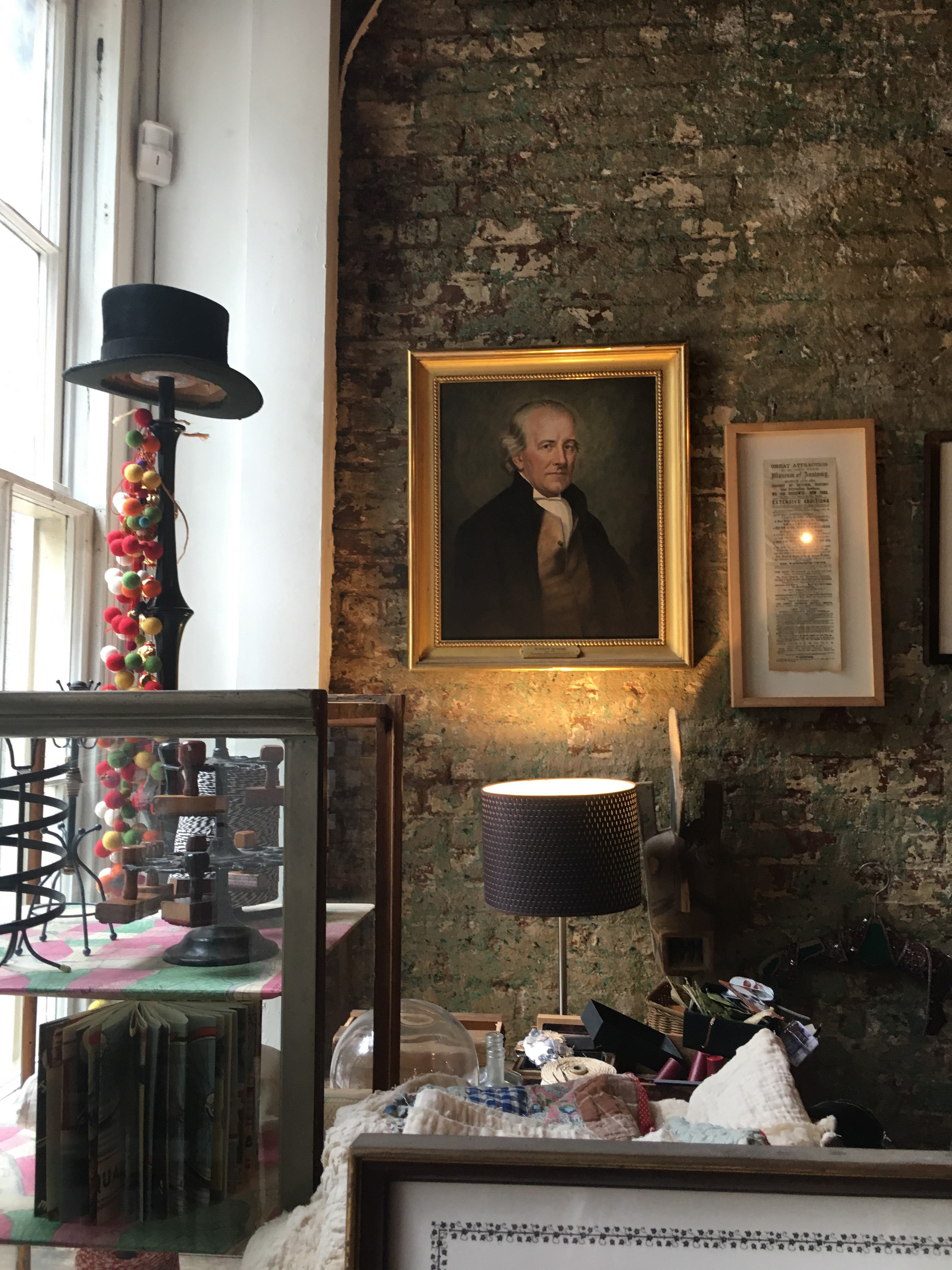 New York City- no longer my home, but always my hometown, has some of the best sights, sounds.  It also has some of my best friends. Thanks to those of you- Michael, Brian, and Jacqueline, that made our adventure so special!

Gethsemane – A Poem and Mediation